Welcome to Part Two of our exclusive interviews with the power couples of the summer. Read on to learn about the Macbeths!

Susannah Clark: What is your name, your role(s), and your previous appearances with 4615/most recent appearances in the DC area?

Jared Graham: 4615’s Summer Rep will mark my first productions in the DC area. I was recently on tour with Olney Theatre Center’s Education Outreach Program, National Players, for their 69th touring season, where I played Iago in Othello and the White Rabbit in Natsu Onoda Power’s original adaptation of Alice in Wonderland. 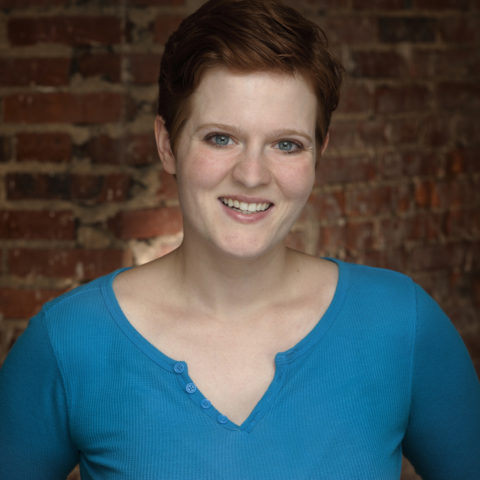 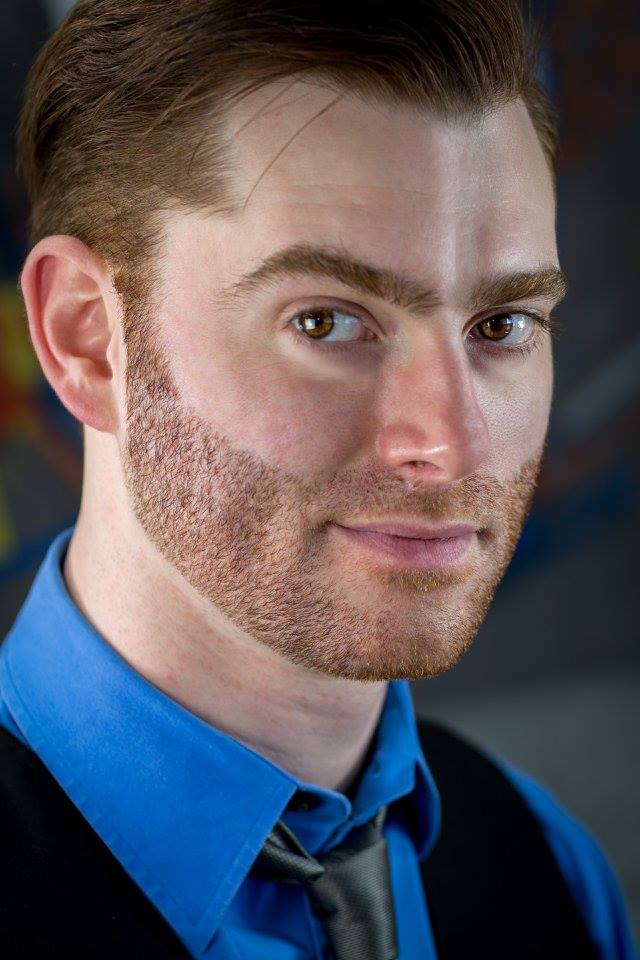 CS: Macbeth and Lady Macbeth have similar ambitions and a deep, dedicated partnership. Their biggest difference is in how they go about achieving their shared goals - Macbeth is a thinker, weighing all the options and considering the possible outcomes, whereas Lady Macbeth is the doer - once she knows what they both want, she moves into action.

JG: I would say that the Macbeths actually start the play liking each other and make a good team, whereas the Janssens can’t seem to stand each other and stopped being a team long ago.

SC: As actors, how do you go about getting to know your stage-spouse in such a short rehearsal process?

CS: We’ve been fortunate in that this year there were two major productions of Macbeth in London, both of which were filmed for live-streaming. We saw the Royal Shakespeare Company’s production starring Christopher Eccleston and Niamh Cusack with Jordan and the National Theatre’s production starring Rory Kinnear and Anne-Marie Duff - both were showing in DC right before our rehearsals began. They gave us a great jumping off point for conversations about the play, these two characters, and their relationship.

JG: We had a very quick period of finding out how best to annoy one another, while simultaneously finding a lot of respect for the caliber of work the other was bringing to the table. It blossomed into a weird sort of friendship. Also, I’m new in town, so I needed people to go do things with. That was also a good get to know you exercise. As Charlene mentions, we went to go see the broadcasts of both the Royal Shakespeare Company’s and the National Theatre’s productions of Macbeth and would compare notes - literally, in her case - after the shows. We didn’t always agree about what we liked and didn’t like, but it made for some good initial discussion of the characters and their relationship, and what we wanted to steal and what wasn’t useful for our version of the couple.

SC: What is the biggest misconception that people have about the Macbeths?

CS: Production history of Macbeth is steeped in misogyny. Many productions have been staged in such a way as to blame Lady Macbeth, or the “female” witches, for their “negative” influence over Macbeth. But if you dig into the text, what you find is Macbeth and Lady Macbeth talking about the murder and the surrounding situation in the exact same way: using the same equivocating, murky language, and even at times using the exact same words. The two of them use the words “deed,” “do,” “done” over and over. In her first scene, Lady Macbeth says that murdering Duncan Macbeth rather “dost fear to do / Than wishest should be undone.” Macbeth confirms this exact sentiment in the previous scene, with lines that are almost always cut: “yet let that be / Which the eye fears when it is done to see.” Macbeth may have more active qualms, but he wants Duncan dead as much as she does.

Traditionally, productions of Macbeth stage these two characters as deeply devoted until they experience a great, irreparable rift. This separation sometimes takes effect in the scene after Macbeth kills Duncan, and it sometimes takes effect in the banquet scene when Banquo’s ghost appears. I’ve seen productions where the actor playing Macbeth stops making eye contact with his Lady entirely. Actors, directors, and critics have written and talked about the Macbeths’ growing isolation from each other. In this production, however, I’m excited to be exploring all the ways we can play the opposite. Though the couple has placed themselves into a deeply stressful string of situations, they each continually try to hold onto the other. They stay connected both in thought and in language. Here’s another textual example: in 3.2, their last significant moment alone together, Macbeth tells Lady Macbeth to present Banquo eminence “Both with eye and tongue;” in 1.5, Lady Macbeth told him to “bear welcome in your eye, / Your hand, your tongue.” Macbeth also echoes her at the end of this scene, summoning with, “Come, seeling night” just as she in her first appearance called, “Come, thick night.”

There are many more examples than the ones I’ve listed here -- their language is intensely similar throughout, and I’m glad this production is letting that aspect define their relationship.

JG: I think that people perceive Macbeth one of two ways, neither of which, I think, are wholly accurate. They either see him as a patsy who is pushed into becoming a murderer by his wife, or they see him as a psychopath who is hell-bent on power and glory and will stop at nothing to achieve it. Actually, though, the Macbeths are a team. I think there is a lot of love between them and that they want the same things. What is exciting about their relationship at the beginning of the play is how they can read each other and support each other. Sure, it’s all in service of a pretty grisly outcome, but they have a goal and they act as a team to achieve it. The way they communicate at the beginning and the way they propel each other toward their goal is what makes it tragic when their communication breaks down and they find themselves alone.

I think that to write Macbeth off as twisted or just plain evil does a disservice to the depth of the character and the depth of human ambition. This man is a soldier, and he’s a damn good one. He dreams of honor and glory and has been faithfully serving a king for years, fighting his wars - civil wars, mind you - and defending his lands. The Scottish crown did not pass from father to son; instead, their process was almost more tribal. A council would be held and the leaders of the regions would meet and decide who should succeed, but Duncan is bringing English influence to Scotland. So when he names his son, Malcolm, as his heir to the throne, this would have been unheard of for the Scots. Macbeth has just been a major influence in winning a civil war for his king, so he believes he has a legitimate claim to be next in line for the crown. When he hears the prophecy of the Weird Sisters, it stirs his imagination, and admittedly, he does first think of killing the king in order to rise to power, but ultimately decides that if he doesn’t act he has just as great a chance to be named. It’s only when Duncan passes Macbeth over that he starts to resolve himself that blood being spilt might be the only way to achieve his goal. Then enter Lady M to stoke the fire burning in him, and from there we have the traffic of our stage.

Finally, I asked the couples to play the Newlywed Game. I asked them questions about their characters, and they had to answer for both themselves and their spouses.

JG: Scotch for me, Sauvignon Blanc for her.

JG: Macbeth enjoys The Once and Future King by T.H. White, and Lady M’s favorite is Outlander by Diana Gabaldon.

CS: Camille O’Sullivan for me, and The Talking Heads for Macbeth.

CS: Macbeth has a tendency to second-guess himself, which undermines his own confidence and leads to indecisiveness. Lady Macbeth will purposely provoke Macbeth and push his buttons when she needs to in order to get what she wants.

And with that, my summer adventures in blogging come to an end. It’s been such a pleasure writing for you guys this summer – thanks for hanging out with me! And be sure to buy your tickets to Macbeth and Dinner, open now!

The Natural World in Macbeth

Happy Saturday night, everyone! This week, I have a VERY special post for all of you: an inside look into our rehearsal process. Last week, I buzzed around the building in order to give you a peek int